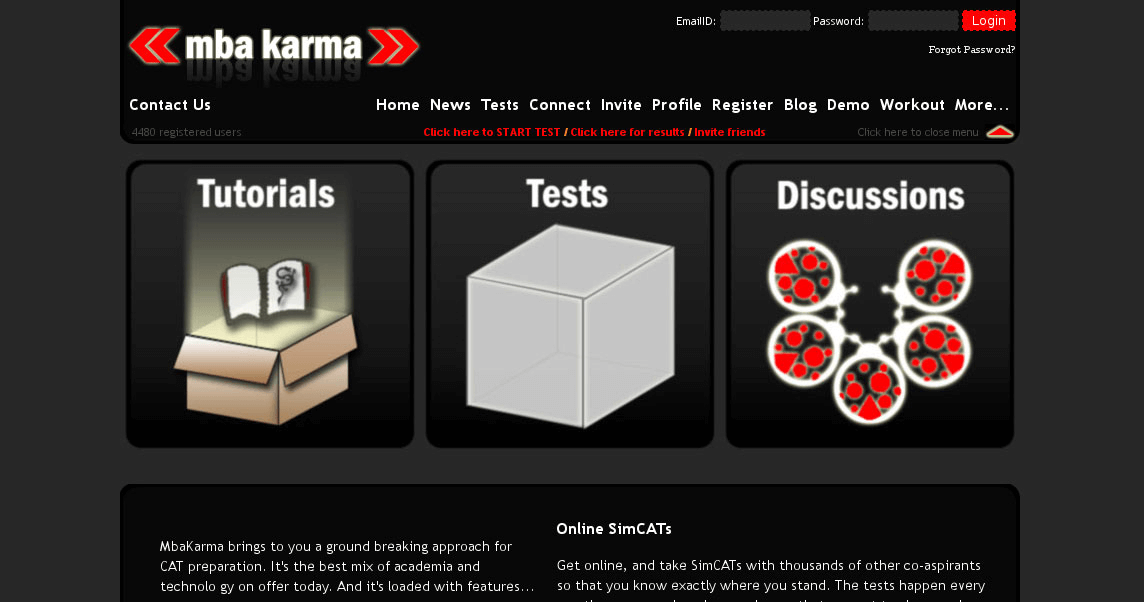 MBAKarma was one of the first, fully online products for taking online examinations for MBA preparation. It launched in July 2008 and had to be shut down early next year. Over 8,000 students who end up doing over 50,000 tests in the first six months.

My first job was at Phoenixgen Systems, a startup in the financial systems space. The two years at Phoenixgen taught me how to build scalable software, and the importance of taking pride in what you build. When they got acquired in 2006, I decided to not transition to the new company, moved back from Sydney, and decided to open shop.

However, the decision to startup wasn't simple. At first, I thought it might make sense to go for an MBA, and I spent a few months preparing for the GMAT. I scored a 750 or so, but when I started thinking about my essays, it became very clear to me that what I really wanted to do was to become an entrepreneur.

There were no well known startups in India at the time, but internet was the new sensation. Twitter had just lauched, Basecamp was an amazing success story, and Facebook had just started becoming more visible than Orkut. So, I decided to scratch my own itch, and began building MBAKarma, a place where you could prepare for exams online. And the first exam that I picked was CAT. Almost every to-be-engineer at most engineering colleges, went for it.

Building a consumer product was exhilarating. I borrowed about 5,00,000 rupees from my Dad, took up a room in Kharadi, Pune, and I was on. In those short six months, over 8,000 people registered on the site and completed over 50,000 tests. The feedback was amazing, and keeping the site up was a nightmare. My girlfriends at the time (we later married in 2009) moved to Gurgaon and I was up 16 hours a day, trying to build new features, and ensuring MySQL did not crap itself daily. Disasters while deploying were fairly common, unfortunately. Though, it was an amazing learning experience.

The part that I did not think through, was that unlike the GMAT, the CAT examinations was seasonal - Most people didn't prepare for examinations the whole year around - activity mostly picked up a few months before the Exam. I knew that money would run out sooner than later, and there wasn't much of a concept of Venture or Angel funding at the time, so I decided to get a payment gateway and start charging people, and at the same time, tried to support myself with ads.

The Ad revenue was miniscule, and the only payment gateway at the time CCAvenue told me that the only way that they would allow an online only site to use their services was either if I put in a massive deposit, which I couldn't afford, or if I had a Private Limited, which had been in operation for over three years. Both the options did not quite work, so after CAT 2008, I announced to my users that I would be shutting the site down. Some folks were kind enough to send money directly to my bank account, but unfortunately, it wasn't enough to go on.

For nostalgia, here is what MBAKarma looked like (the domain is now owned by another company) 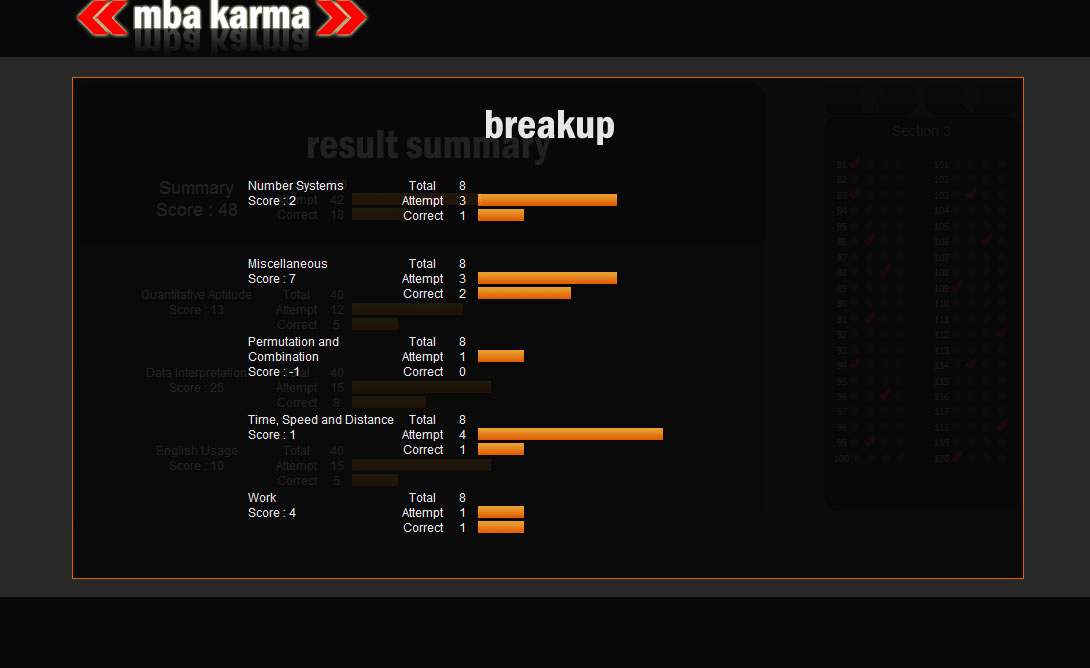 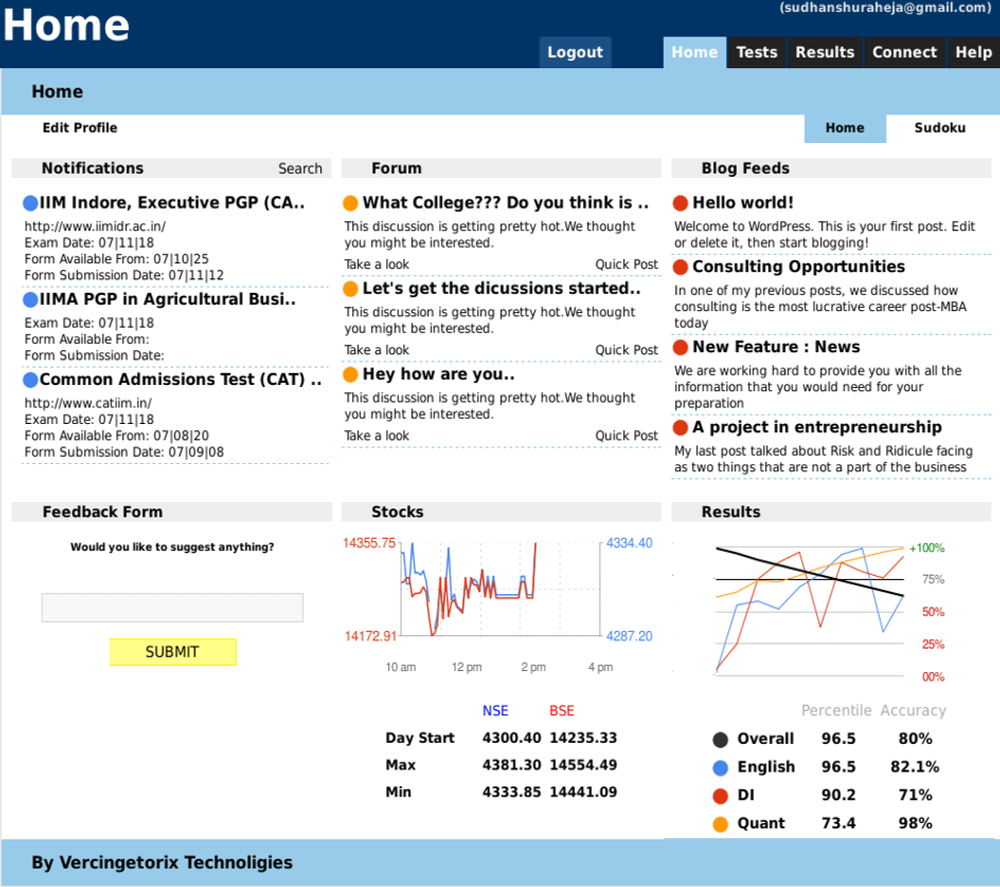 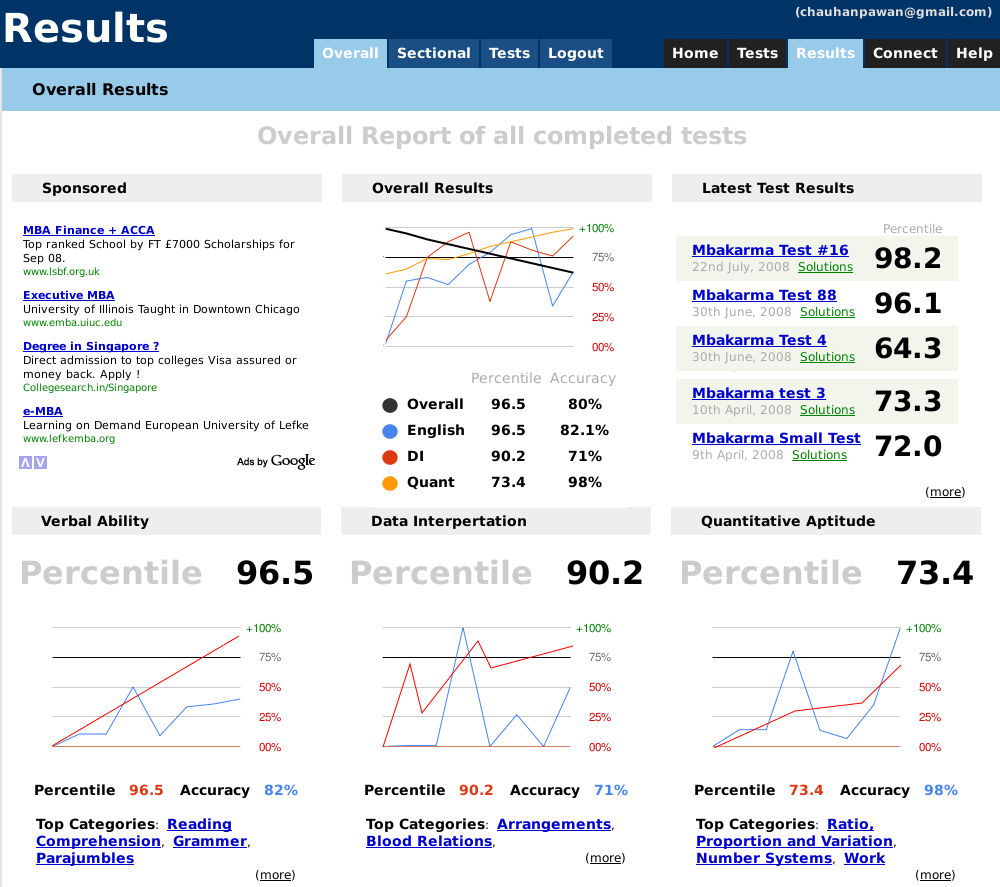 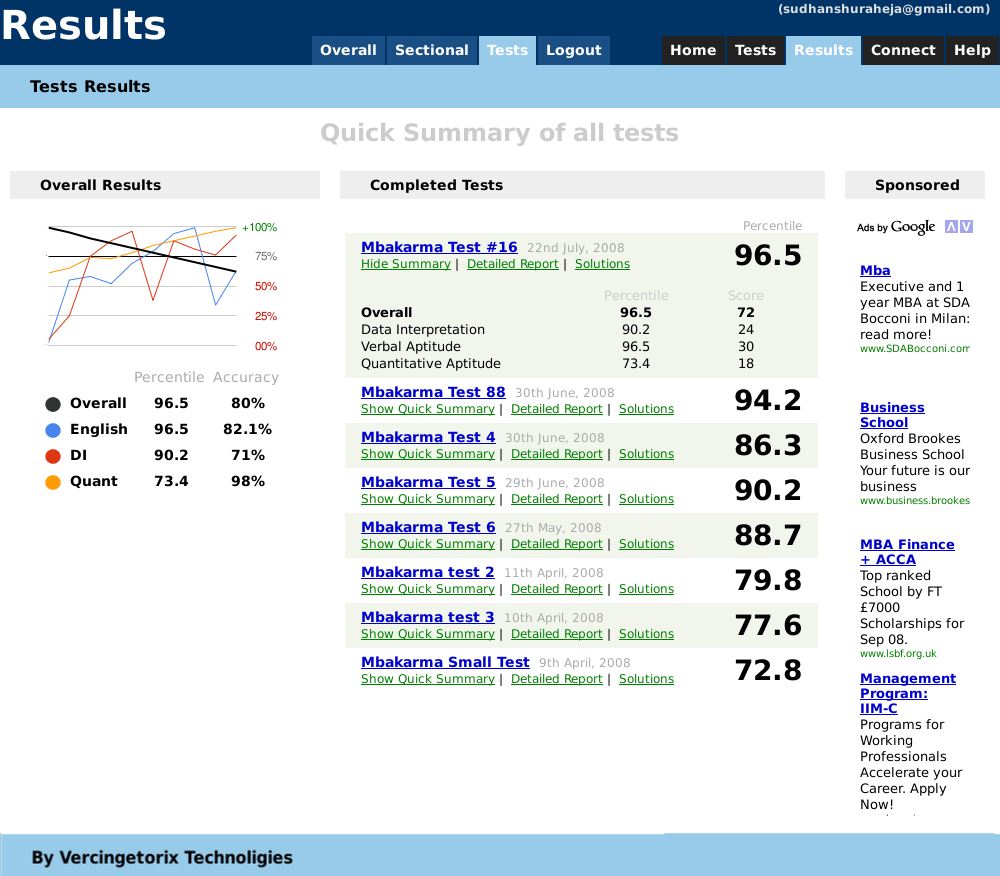 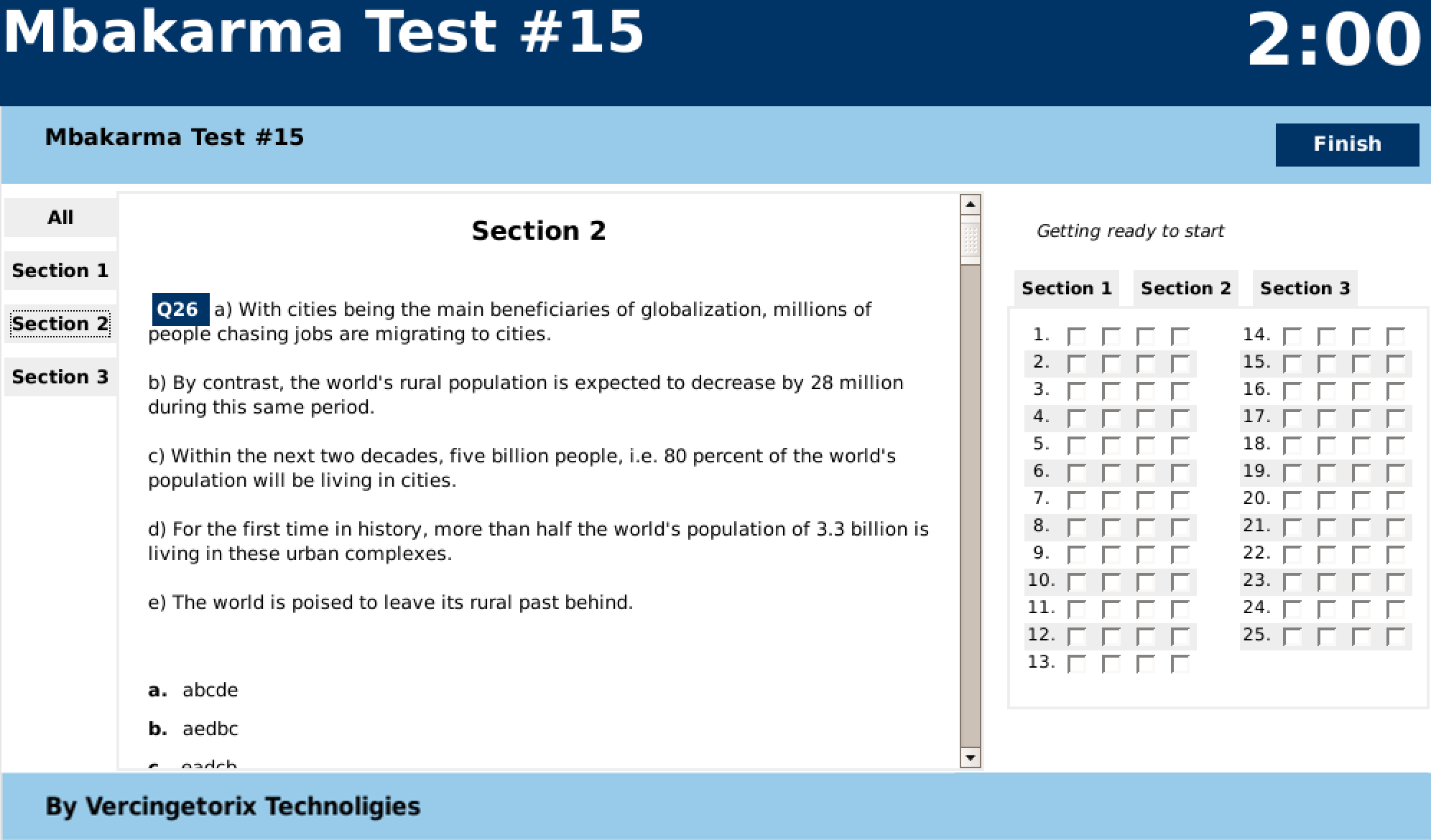 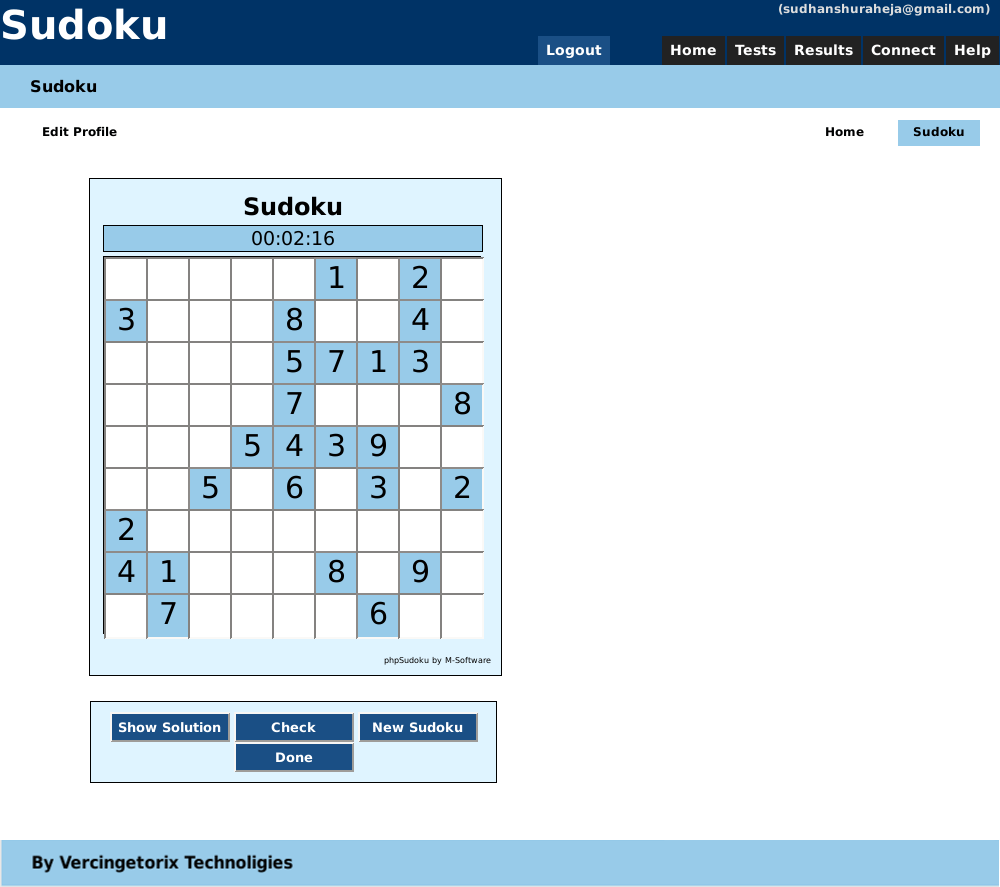